After the Hiroshima atomic explosion, radioactive isotopes were carried into the atmosphere and were mixed with carbon residue from citywide fires. The result was “the black rain”.

In the movie “Kuroi Ame”, Yasuko managed to escape the explosion unscathed, others suffered and fell ill. Even though she did not have any symptoms of radiation sickness, she was declined 3 times while trying to find a husband due to concerns of her having been in the “black rain”.

I feel like we often exclude people from society who are different – have abnormalities – or as I would put it “with a defect”. My main focus is to analyze the disgust towards the defect and turn it into an effect.

Black for me symbolizes a new beginning – something always comes after an ending. Even though the new beginning might be “defected”, it should still be empowering. “Out of suffering have emerged the strongest souls; the most massive characters are seared with scars.” Kahlil Gibran 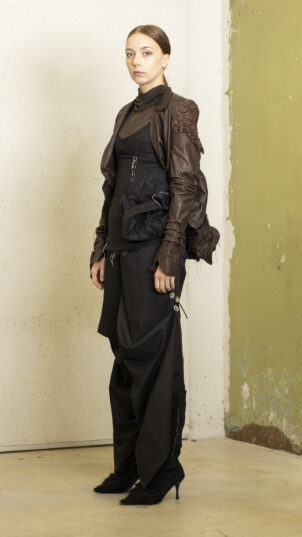 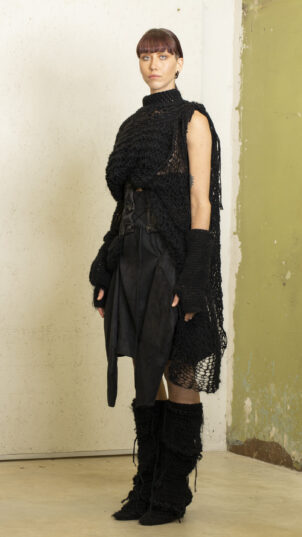 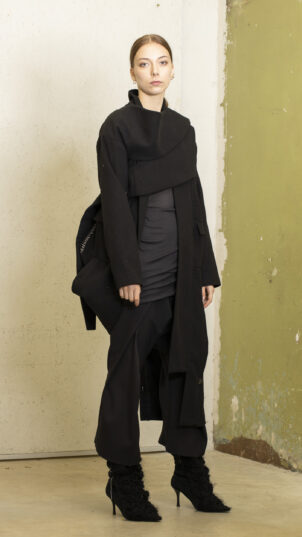 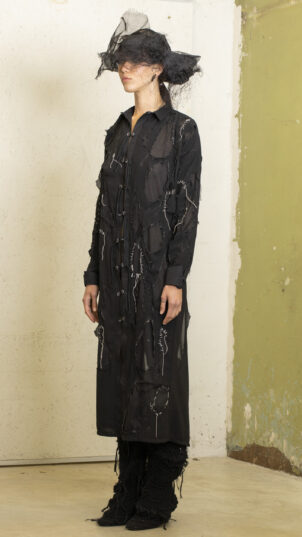 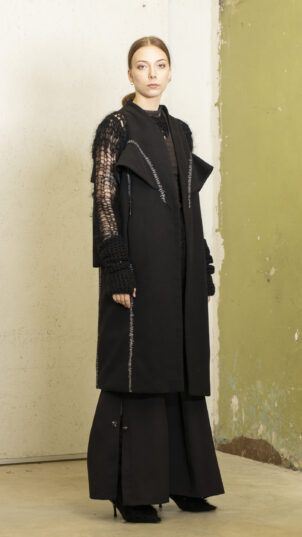 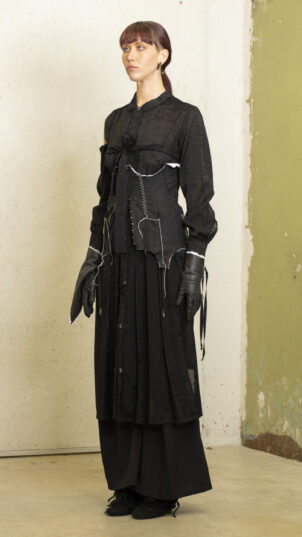 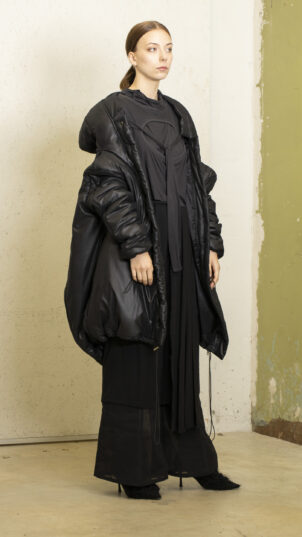 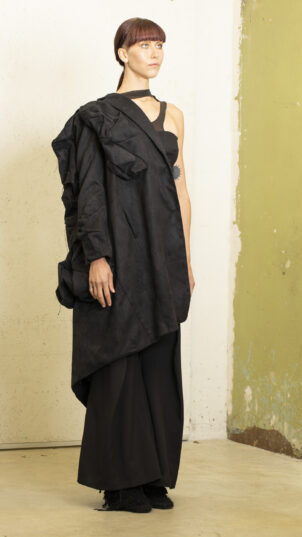 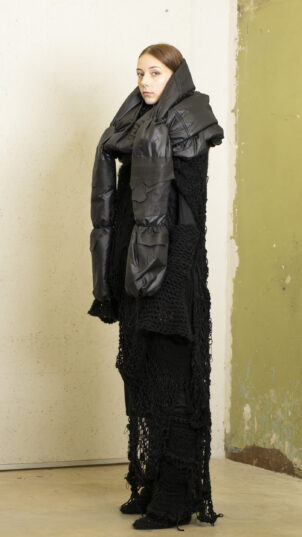 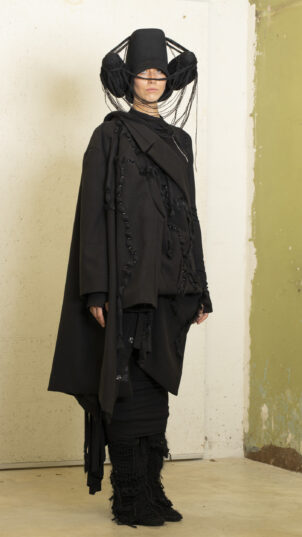